HOUSTON (Texas) • James Harden admitted that he had no false ideas about breaking Wilt Chamberlain’s record of 65 games with 30 or more points, after the Houston Rockets guard had his 32-game streak snapped in a 119-111 home victory over the Atlanta Hawks on Monday night.

He missed all 10 of his three-point attempts and finished with 28 points after missing last Saturday’s win over the Golden State Warriors with a neck injury.

“I don’t care. We won. Made shots, missed shots, we won the game. That streak was great, but I was just doing it because that’s what we had to do in order to keep our heads above water.

“We had multiple guys in double figures, which is great to see. Hopefully, we can keep that up.”

Harden last finished shy of 30 points on Dec 11 against the Portland Trail Blazers when he tallied 29. During the streak, he scored 50 or more points four times, including a career-high 61 in a win over the New York Knicks on Jan 23.

Earlier on Monday, he assured fans that he will be fine as he recovers from a cervical strain.

“Every day, it’s gotten better. I wasn’t able to really move my neck. So it affected me, not in just basketball, but also day-to-day life walking around,” he said.

“It’s tough to just hold your head up. Hopefully, the pain goes away. I’ve been getting treatment nonstop.”

Harden, who was fined US$25,000 (S$33,730) on Saturday for criticising the referees after a loss to the Los Angeles Lakers, has missed just four games this season.

The Rockets (35-25) had to overcame a career-high eight three-pointers from rookie Trae Young, who finished with 36 points for the Hawks (20-41).

Houston coach Mike D’Antoni has backed Harden to bounce back from this mini setback.

“Eventually, it was going to have to end one of these days,” he said of Harden’s streak ending.

“But he’s unbelievable. He’ll start another one.”

LeBron James had a triple-double and made history despite shooting just eight of 23 from the field.

James, who had 24 points, 12 rebounds and 11 assists, became the first player to rank in the top 10 in both the NBA’s all-time assists and scoring lists.

Already ranked No. 5 in all-time points coming into the game, the superstar achieved another milestone by recording his 8,525th career assist to surpass Andrew Miller and move into the No. 10 spot.

Brandon Ingram led the Lakers with 32 points and Kyle Kuzma finished with 22 as Los Angeles dropped their fourth game in the last five and fell to 29-31.

In Charlotte, Klay Thompson scored 26 points and DeMarcus Cousins had 24 as the two-time defending champions Golden State defeated the Hornets 121-110. 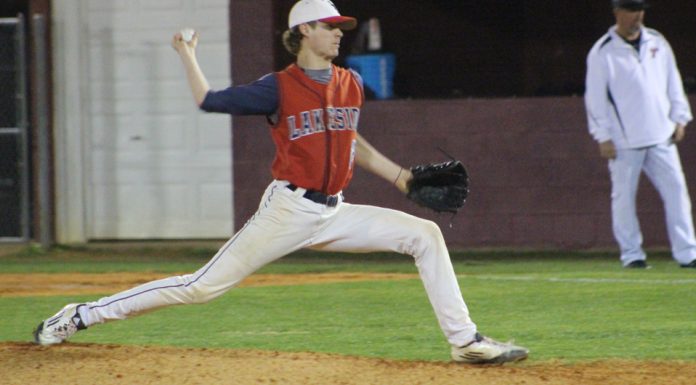