Los Angeles Lakers forward LeBron James moves the ball against the Denver Nuggets during the second half at Staples Center.PHOTO:

James, who finished with 31 points, came into the night 12 behind Jordan’s career total of 32,292 points. Next on the list is Kobe Bryant, who finished his career with 33,643 points.

Will Barton had 23 points and Nikola Jokic finished with 12 points, 17 rebounds and eight assists for Denver. Jamal Murray and Gary Harris scored 19 points each to help the Nuggets avoid blowing a 23-point lead.

Denver ended a three-game skid and moved within a game of Golden State for the top seed in the Western Conference. Denver visit the Warriors on Friday night.

James tied Jordan when he drained a 19-foot jumper midway through the second quarter. A minute later he passed the Hall of Famer when he drove to the basket for a left-handed layup.

His teammates congratulated him, and at the next timeout James sat alone on the bench with his face buried in a towel.

The Nuggets scored 43 points in the first, a season high for a quarter for them, before James got going. He passed Jordan during a 9-0 Lakers run that got them within 13, but Denver built the lead back up to 18 and when into the half ahead 66-49.

The Nuggets opened the third quarter with a 10-4 run to increase their lead to 23. Los Angeles responded with another 9-0 run to get back within range and then finished the third on a 13-5 run to get within eight.

The Lakers kept chipping away and got within 89-87 on two free throws by James with 8min 30sec left. James missed a three-pointer that would have given the Lakers their first lead of the game and Harris hit two three-pointers and converted a three-point play during a 19-4 run that put Denver comfortably ahead late in the game.

The Lakers have lost four straight and six of their last seven. 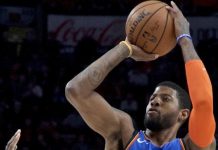 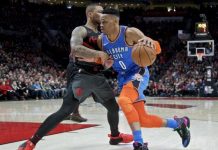 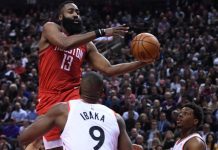 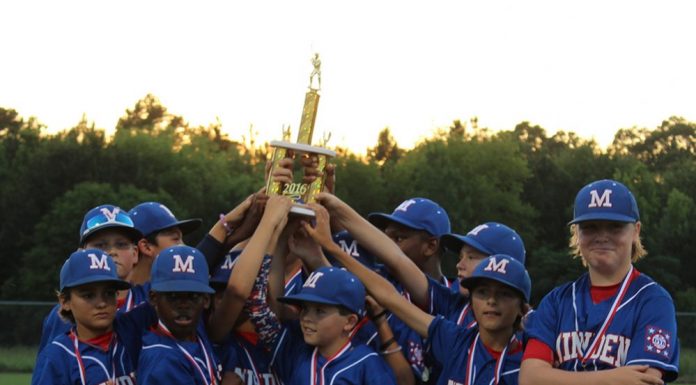